Skip to content
In these days, you may not find a computer user who is unfamiliar with RAR files. RAR format has gained much popularity over these years as compared to its competitor archive formats like 7Z, zip, etc.  Its reason is simple – a better data compression rate than ZIP. Moreover, RAR uses lossless compression. 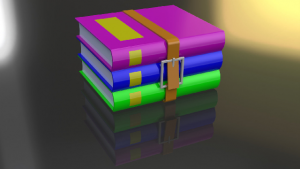 Now, there’s a new RAR format – RAR5. It’s said to have better and fast compression-decompression as compared to the original format. And, it uses an enhanced encryption algorithm also.

What could be the benefits of using RAR5 over RAR4?

RAR4 was the default RAR format before RAR5. By the introduction of RAR5, the default compression directory size has increased to 1GB in 64 bit systems. For huge files, it’d offer greater compression.

And, be aware that the default size of the RAR compression dictionary was 32MB before RAR5. Now, you can spot the actual difference between these numbers.

New recovery log is another specialty of RAR5. With a log size equal to or greater than 5% of the file, RAR5 is much more damage resistant than RAR4. It’ll be valid even the file become corrupted.

And, it’s known to have better damaged archive recovery as compared with previous RAR formats. It uses a more advanced file table for quick browsing of archive and it has multicore decompression support too.

In many tests, RAR5 outrun 7-zip in terms of its speed and compression ratio although 7-zip is compared to be one of the fastest compression techniques available now.

What if I can’t able to unzip RAR5?

If you want to open files compressed with RAR5 algorithm, then you need WinRAR5. All other attempts to open RAR5 compressed files with popular decompressors have failed.

This incompatibility issue will be the only one possible limitation of RAR5 format till now.