A file system is nothing but set of rules that direct the storing and fetching of data in storage unit. Lets’ explore the difference between FAT32, exFAT and NTFS file system architecture. 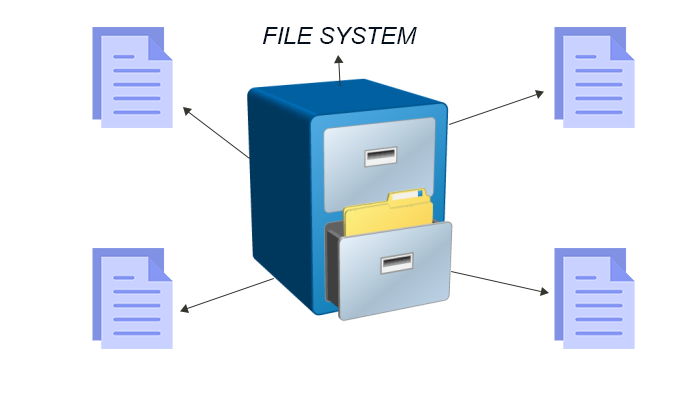 Windows OS is one of the most interactive and user-friendly operating systems in the world. And it is always on a track to introduce innovation and technology. The file systems are also a part of such innovation to meet the data handling better. So in order to enhance the user experience, Microsoft created the foremost file systems called the FAT file system. The modern day FAT32 is a predecessor of old FAT files system.

The earliest file system was introduced back in late 70’s with the name FAT or File Allocation Table. This Microsoft developed system provides an order to all the files that are stored in a device.  The other architectures like FAT16 and FAT32 are a development of this original FAT 8-bit system.

The new NTFS file system was developed to meet the necessity of modern computing. Apart from being advanced file system architecture, it has the ability to manage the computing of present world. That’s why all the new operating systems with Windows and some others use this as default file system in modern computers.

The NTFS file system was introduced by Microsoft in the early 90s with its new Windows NT. The development of this file system was started a decade before it came into existence. However, when it did, it was one of the most acclaimed technologies of the time. The New Technology File System (NTFS) offers a huge file size limit. More than an average computer user needs.

With the development of this technology, a handful of upgrades has been introduced and added. Some of the additions are NTFS symbolic links, partition shrinking, and self-healing. There were perceptions about NTFS file system that it can offer a file size of 16EB-1KB. Now the practical limit of NTFS is termed as 256TB-1KB.

The NTFS file system is advanced system architecture. It keeps a journal of all the files stored and tracks the potential modifications in the file system. Let have a look at some of the parameters of this file system.

The history of the computer has a significant place for FAT file system. It is the oldest file system in the world. The File Allocation Table (FAT) file system was developed with 8 bit and advanced to FAT12, FAT16 and FAT32. The most modern form of the FAT system architecture is FAT32. It has a 32-bit file allocation table. This will allow users to come over the limitations of FAT16 file system.

The FAT32 file system could not meet the requirements of the modern computer systems, but it is perfect for storage devices like flash drive, pen drive etc. It can offer a file size up to 4 GB. Due to its moderate architectural structure, the FAT32 is implemented beyond the disc in computers. It is accepted by gaming consoles, DVD players, HDTVs and other devices with a USB port.

The exFAT is an extended version of FAT file system. It actually is termed as Extended FAT file system. This is useful in areas where the conventional FAT system does not work. It excels in many ways, one of which would be the file size limit. You can have a file more than 4GB with an exFAT file system architecture. This is one of the prime factors for its implementation in modern day memory cards. Most of the high-speed SDXC cards are formatted with this architecture.

Same as NTFS system, it has a file size limit of 16EB estimated at the time of its release in 2016. But this also has the advantage of being light and more efficient with its limited features as compared to NTFS. This file system is supported by Mac, Windows, and Android. There is various software for other operating systems like Linux that help to run exFAT.

As the partition systems have a huge space, it is under threat of corruption or deletion. If such file system is exposed to operating systems that do not support them, it can be a problem. Although there are various methods to regain the files in your partition. In such case, you can find a tool to restore exFAT partition, NTFS partition or FAT 32 partition.

In conclusion, we can say that the above-listed features of the three file system architecture are a basis for differentiating among the three. Although, the unifying factor is their use. All the three have their implementation on different platforms.