Info › Know How › Know Everything what your System Restore Can Do

Know Everything what your System Restore Can Do 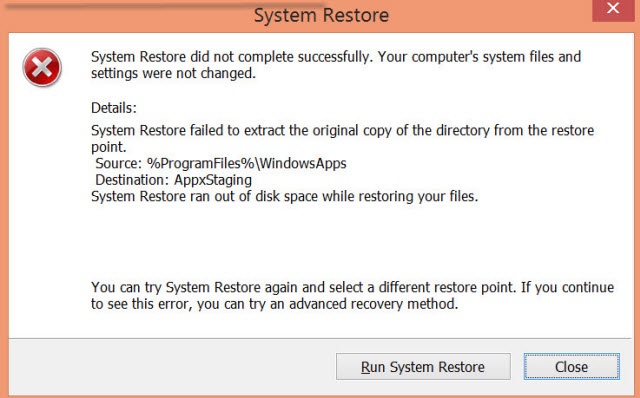 When something goes wrong with your system, for instance, bad drivers, system corruption, or misconfigured Windows settings, the first thought which strikes you is to restore the system to its previous state. And of course, this is also the commonly suggested option by many. However, you might not be sure on how to go about it, and what exactly happens when you do System Restore. Well, we are here to help you.

System Restore is a built-in Windows feature which helps to fix certain computer issues which makes the system run slowly. Simply put, it is used to roll back Windows system to its previous known state where it was working fine. How is this done? By creating Restore Points every now and then. A feature called System Protection creates and saves restore points on your computer regularly.

Restore points are snapshots (or in simple term: backup) of registry settings, Windows system files, hardware drivers, and program files. They can be created manually, and are also automatically created while installing programs, updates, or when there are changes to system configurations.

Here’s a video tutorial which shows you how to create restore point. Follow the link to know the complete procedure –

When something goes wrong with your Windows system, you would want to restore it to an earlier restore point. Here is the video link to it –

On Windows System Files: System restore affects most Windows system files. When system is restored, any changes made to system files, programs, or registry settings will roll back to restore point. Any batch files, changed or deleted system scripts will also be restored. Most importantly, if there are corrupted system files, then doing a system restore gets your system working fine again.

On Windows Programs and Updates: Installed Windows programs and Windows updates will be affected by system restore. Programs installed after restoration point will be uninstalled. Similarly, installed Windows updates will be uninstalled. When you restore Windows system, all the affected programs will be listed in the restoration wizard. So the affected programs need to be checked before you proceed with the system restore.

On Personal Files: System restore does not delete / modify personal files stored on hard disk. Like, for example, any documents stored in ‘My Documents’ folder in C drive will not be affected and they would remain intact during and after restoration process. However, if personal files are lost, then they cannot be restored.

There’s one thing you need to know – System restore points do not always help you in restoring deleted Windows data. There are times when a deleted file will not be present in the backups, like if a file was created after restoration point. Under such a situation, you can still recover Windows data with the help of third party Windows Recovery tool like Remo Recover (Windows) tool.

Additional Information: System restore is not the only option to fix system problems. If a recent Windows update or hardware driver is causing trouble, then try uninstalling that Windows update or driver. Moreover, if your system files are corrupted, then try using System File Checker to scan and fix the corrupt files.

Know Everything what your System Restore Can Do was last modified: March 29th, 2021 by John Harris