During Microsoft’s Build 2016 conference, Microsoft announced  a few wonderful new features coming in the Windows 10 Anniversary update. Along with the amazing updates, a few details of Windows Ink came to light. 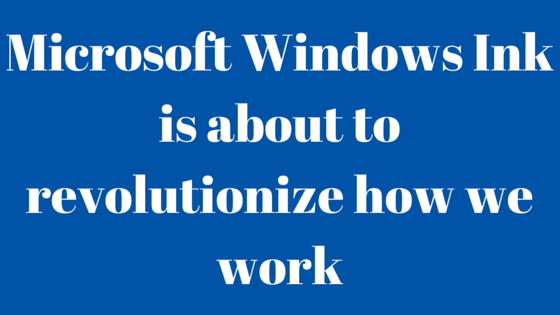 So what is this Windows Ink and when it will be made available for public?

Mark Hachman of PCWorld precisely explains what is Windows Ink:

“Windows Ink is an optional way to interact with Windows, in much the same way you can use either voice or keyboard to query Cortana.”

Basically, Windows Ink is a new way to make human and machine interaction easier. It allows you to write on the device, just like you write on a paper. Windows Ink is an effort of Microsoft to bring paper & pen experience to the digital world.

Windows Ink is officially scheduled to roll out sometime in summer 2016 as a part of Windows 10 Anniversary update. Microsoft is reportedly partnered with Wacom to produce special ink pen for the Windows 10.

How can you try before the release itself?

Thanks to Microsoft’s Windows Insider program, you can have chance to try out several features of Windows Ink such as Windows workspace, Sketchpad, Sticky Notes and more before it made available for public.

Pen is still very powerful for capturing thoughts, mapping out ideas and sharing annotations with friends. According to a survey conducted by Microsoft:

Windows Ink is born out of the idea to make human computing experience more natural, giving us a digital pen in our hand to interact with computers. But Windows Ink can`t serve the purpose until writing with a digital pen is as natural and easy as it is with an Ink pen.

Let’s explore what Windows Ink has to offer:

Just like Windows start menu, to use all the features and apps on your PC you have to click a small icon in the lower-right corner of the screen or click back to your pen. 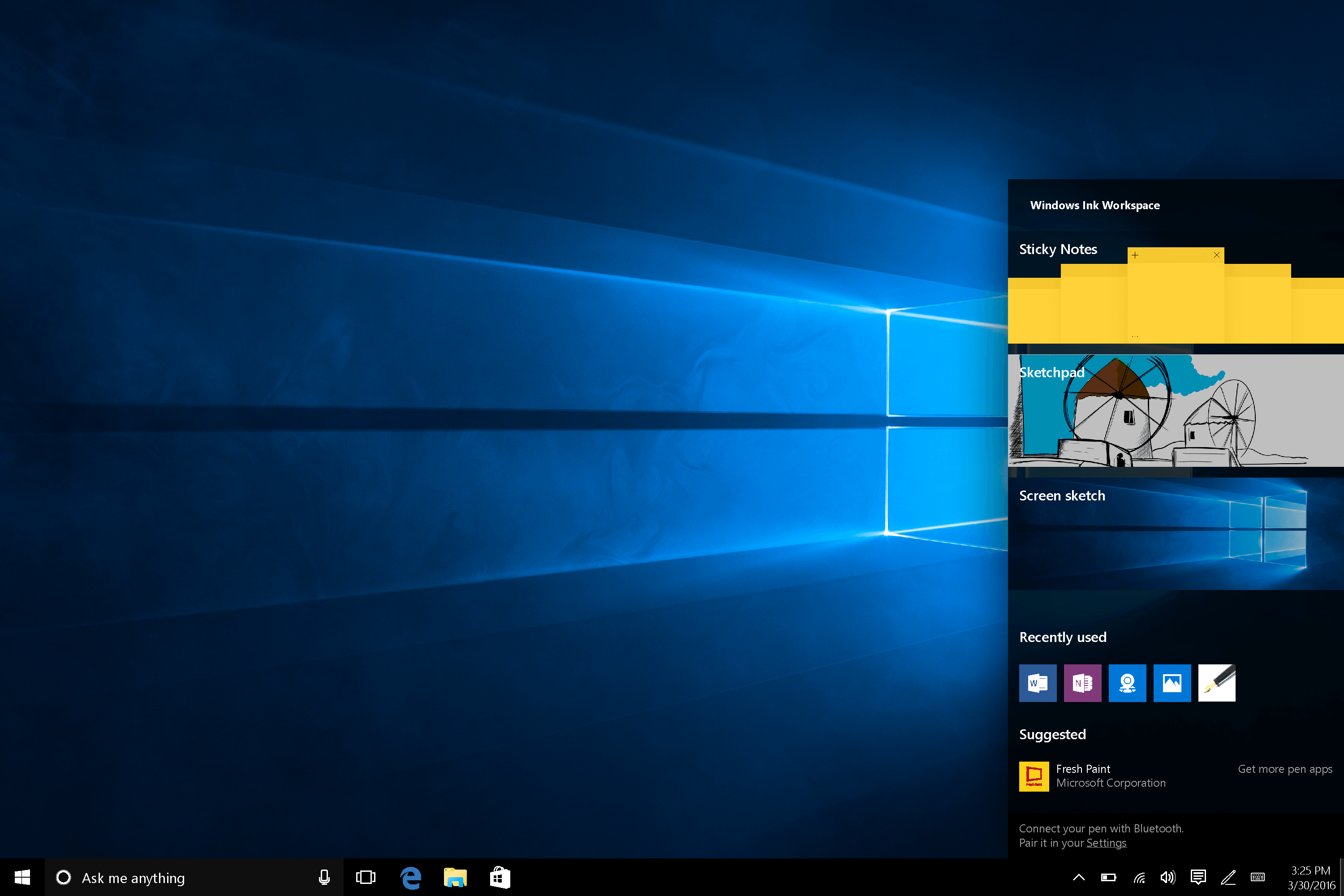 Sketchpad: A digital paper on Windows

Similar to the Whiteboard interface in Microsoft’s surface hub, Windows 10 Sketchpad delivers a simple blank canvas to create ideas, doodle and solve problems. You can rest your palm down while writing and bring up a digital ruler with other hands to draw a straight line, just like you do on paper.

Screen Sketch: Sketchpad with a purpose

Screen Sketch allows you to scrawl notes over a screen capture of the entire desktop. Working with Screen sketch is extremely simple, you can take a snapshot, write on the screen to expand the idea or write important points to express the snapshot or can circle a block of text.

Finally, you will see new improved Sticky Notes that allows you not only to save notes but also customize them for more personal touch. Microsoft is also planning to roll out features that will make Sticky Notes even more useful like to add ability to create Cortana reminders from Sticky that you can trigger from the devices you follow.

Windows Ink seems capable enough to change the way we interact with machine but at this point, it needs a bit more tweaking, improvements and feedback from Insiders.

What do you think: Windows Ink can replace the way we interact with computers or is just a hype? Let us know in the comments below.