Apple Says No QuickTime Update for Windows- How to Uninstall

Homeland Security recently issued an alert for Windows users urging them to uninstall and delete QuickTime after cyber security firm Trend Micro reported two vulnerabilities in the program. Apple confirmed to The Wall Street Journal that they would no longer be providing QuickTime support or updates for Windows users.

Adobe's Madison Murphy addressed the issue in a recent blog post: "Adobe has worked extensively on removing dependencies on QuickTime in its professional video, audio and digital imaging applications". She also pointed out, "Unfortunately, there are some codecs which remain dependent on QuickTime being installed on Windows, most notably Apple ProRes. We know how common this format is in many workflows, and we continue to work hard to improve this situation, but have no estimated time frame for native decode currently." 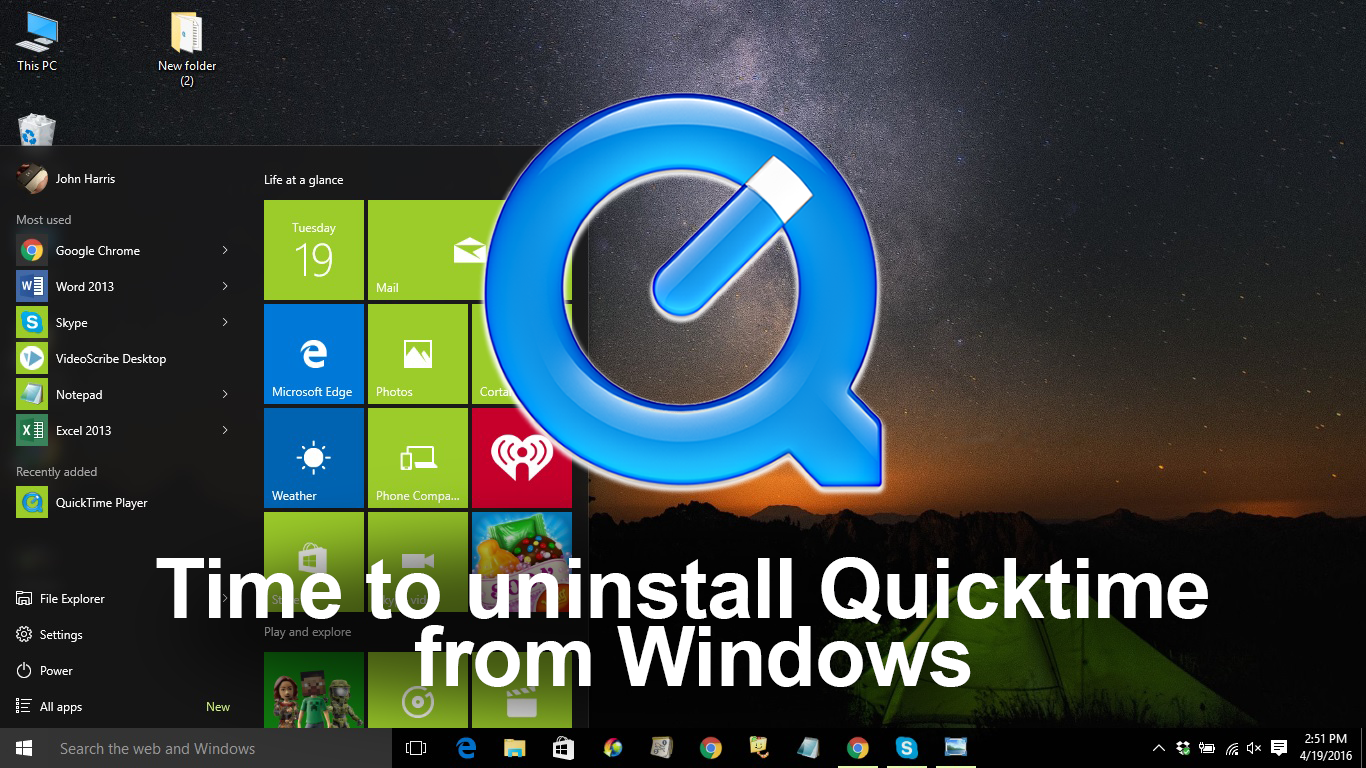 What’s the threat if you don’t remove Quick Time from Windows?

Trend Micro, a Tokyo-based security firm, discovered two QuickTime bugs ZDI-16-241 and ZDI-16-242 that could let a malicious website or hacker attack a PC running on Windows OS. Apple informed that they would no longer be providing updates to Windows users. Which means users with QuickTime installed on their PCs would no longer be receiving security updates or any fix for vulnerability associated with this software.

This will allow unethical hackers to built malware which can jeopardize the privacy and security of sensitive data on the PCs. With an increase in malware attacks over the past several years, you should not take chances. By keeping an unsupported software on your PCs you are placing yourself at high risk of attack.

Sighting the vulnerabilities to be serious; Trend Micro, Apple and Department of Homeland Security have all issued a warning to uninstall and remove the software from all Windows computer.

Mac users are safe as these QuickTime bugs won’t affect them and the software is still being developed for OS X and iOS.

No need to uninstall iTunes

As the company will continue to provide support and updates for iTunes for both Windows and Apple there is no need to remove this software. iTunes is a popular media software created by Apple.

Check out our video to uninstall QuickTime from Windows 10

Apple Says No QuickTime Update for Windows- How to Uninstall was last modified: November 6th, 2017 by John Harris