Info › Photos & Videos › Why do Photos get Stored in DCIM Folder?

Why do Photos get Stored in DCIM Folder? 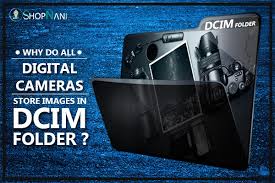 You must now be wondering why this DCIM folder is so important that every company agrees to use for all the photos. Read on to know why…

DCIM stands for Digital Camera IMages; so now you know the purpose of the folder name. Of course, a folder named Photos or Images would be more simple, and also easy to spot. However, there is a reason behind the choice for a DCIM folder.

Why are photos kept in DCIM folder?

The name DCIM which is given for storing photos in digital cameras is part of the DCF (Design Rule for Camera File System) specifications. This has been adopted by many digital camera makers that is practically became an industry standard. As the DCF specification is common, camera and smartphone makers, including app and software developers, stick to this DCIM storage habit.

Suppose every digital camera maker or phone’s operating system had its own pictures folder, the software programs will not be able to find images automatically on a connected device. Also, you won’t be able to take SD card from one digital camera and plug it to another one directly. Even accessing the photos without reformatting the device or rearranging the file system would not have been possible.

DCF not only dictates folder to which photos are written, but it does much more. DCF spec also says SD cards that a specific file system must be used when formatted. It also says subdirectories and file names used for saved images to follow a specific pattern. So all these make working with pictures on other devices easier when compared to each manufacturer coming up with their own rules.

Thus, the standardized DCIM format means camera photo-transfer software can automatically identify pictures on an SD card or digicam when you connect it to the computer. The same thing holds good for DCIM folder on smartphones too.

Did you know that at times you can lose photos from DCIM folder, or sometimes, the folder itself might get deleted? Under such instances, you need a Photo Recovery tool to recover deleted DCIM folder in which all your photos are stored. You can use Remo Photo Recovery software to quickly get back deleted or lost DCIM folder. It also helps to recover images from unreadable SD card, corrupted, formatted, inaccessible memory cards. This application will retrieve deleted or lost photos and video files from memory cards, hard disks, external USB drives, etc., with ease.

Why do Photos get Stored in DCIM Folder? was last modified: January 29th, 2020 by John Harris