How You Want to Mark (March 8, 2016) International Women's Day? Share Your Stories

On March 8, 2016 – The World is stressing on gender equality, tweeting and sharing posts with #PledgeForParity hash tags. We need to ensure that the whole campaign of “Pledge for Parity” is a success, not just a mere hash tag that will die on its own. It’s not that easy as we talk. Remo is obliged to take part and will unitedly stand for the equality of gender.

See some of the twitter responses on International Women’s Day:

Looking for something totally inspirational on #IWD2016 to share with colleagues? See video https://t.co/SNFrBkgMJ6 pic.twitter.com/BkrUsCc2tF

As PM, I was proud to introduce Paid Parental Leave for the first time in Oz history. #pledgeforparity #IWD2016 pic.twitter.com/SZLET21mPZ

To celebrate women’s achievements, global events are being planned and the goal is to call on for faster progress on equality. London is all set to host the Women of the world festival. In Nigeria, people are taking the streets of Lagos on International Women’s day to fight gender-based violence. Explore more events from here.

This year the spotlight is mainly on the social, economic and political achievements of Women.

The World’s Economic Forums predictions about the gender gap - “At the current rate, the world will not close the global gender gap for another 117 years” inspired the International Women’s Day, #IWD2016 theme – Pledge for parity.

While staying with the theme, I would like to highlight that Remo Software is also concerned about the daily challenges faced by women. RemoMore, one of our latest additions was evolved from the idea of empowering women.

We are constantly working on enabling today’s technology (Smart Devices and IoT) to enhance Women’s life – by providing personal and family safety. And together we stand to pledge for parity. 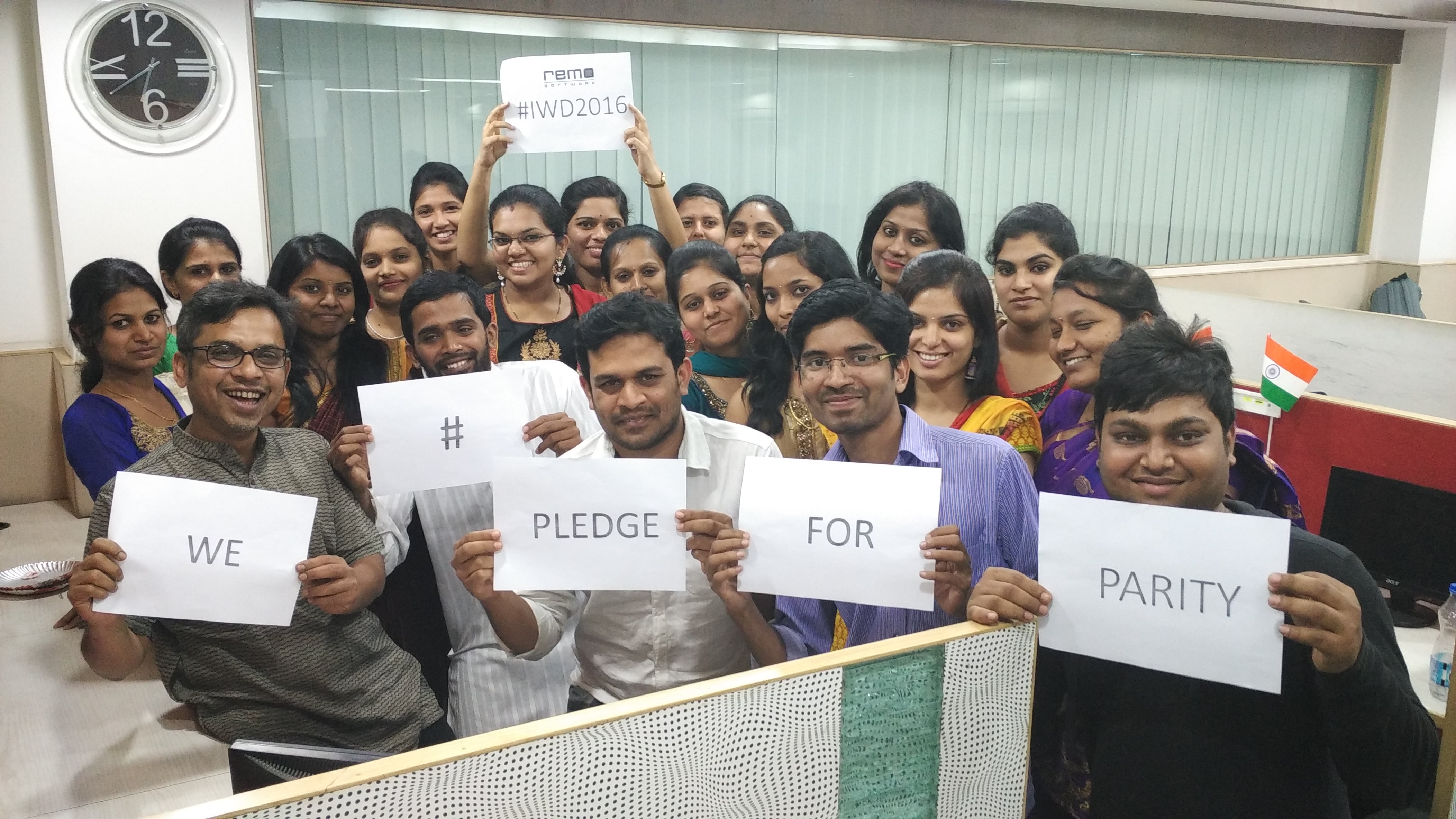 "Equality for women is progress for all" - Respect Women

How You Want to Mark (March 8, 2016) International Women's Day? Share Your Stories was last modified: October 23rd, 2020 by John Harris