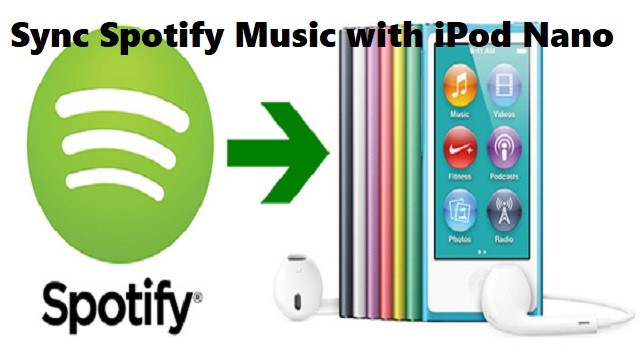 So far the best music players to play songs offline are iPods, and these models have been used by more than 390 million people. However, many Spotify users have reported that synching their Spotify music tracks to iPod Nano is not happening before. Here’s one such problem posted on Spotify official site:

“I have an iPod Nano but I can’t sync it with Spotify to play my music tracks. I am able to put my Spotify music there, but I don’t understand the process at all! On connecting my iPod to the desktop version, the app fails to recognize the device and doesn’t pop up any options to sync songs to Spotify. Can someone help me out to resolve this issue?

I am just confused!”

The fact is that for Spotify Free users, it is mandatory to have internet connection for playing Spotify songs and offline listening is not available. Whereas for Premium users, they can download Spotify songs for offline listening, either on PC with Spotify desktop app, or on iOS or Android with Spotify App. However, the downloaded songs are Ogg Vorbis file format with DRM protection and can't be recognized or played on iPod Nano.

How to Put Spotify Music to iPod Nano?

Simple steps to play Spotify songs with iPod Nano. Download the free trial version of Spotify Music Converter to have a try, which can convert 3 minutes of each song.

“To recover music files from a dead iPod, download and install a reliable iPod recovery software that can restore data in few minutes.”

Start the Spotify music downloader and Spotify program will be automatically launched as well. Don’t forget to keep running Spotify and do not close it during downloading and converting.

Spotify Music Converter will analysis your input and pop up a dialog to ask you to choose what songs to download. By default, all the songs will be downloaded and you can uncheck the songs you don't want to download.

If necessary, click Options to change output format in the Advanced tab.

Now, simply click Convert button to start downloading Spotify music to computer. All ID3 tags in Spotify songs will be preserved. Once you are done with conversion, you can click History button and open the output folder to locate the output songs.

“If you are a Mac user and looking to recover music files from iPod to Mac, then make use of photo recovery program by Remo and accomplish the task in few simple steps.”

By using, either way, you can fix sync issues with iPod and play your favorite Spotify songs on iPod without any limitation.

Spotify Music Converter is easy to use software and is available for both Mac as well as Windows users. It even supports the latest macOS High Sierra and Windows 10. Through Spotify Music Converter you can recover audio files from Spotify such as songs, albums, and playlists as MP3/M4A/WAV songs with either free or premium account, you can save the offline Spotify songs with better audio quality if you have Spotify Premium subscription.

What’s more, with Spotify Music Converter, you can not only enjoy Spotify songs on iPod Nano, but also on other iPod models like iPod Shuffle, iPod Classic, and iPod Touch as well as other MP3 players.

If for any reason your iPod got corrupted and you are not able to access music files, then recover music files from the iPod using the Remo Recover.  This file recovery tool can recognize and recover more than 300 file types from any storage device including your iPod nano.