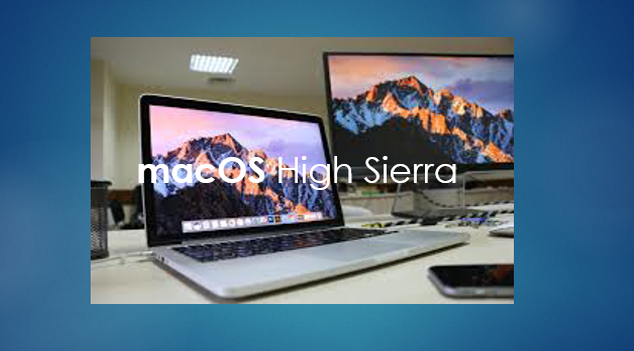 From the useful refinements on Photos app, Safari, and mails to a new file system, here’s all you need to know about Apple’s all new desktop OS Mac OS High Sierra. The Apple’s next desktop OS iteration is more about software renovations, but it also lays support for virtual reality as well as augmented reality!

What are the updated features of MacOS High Sierra?

If you are an iPhone user and has updated to iOS 10, you might have noticed that the update is taking gigabytes of memory. All this is because Apple has redesigned its APFS (Apple File System) and the file management system. Meaning, you will get a file system that stores data in a way that is entirely different from previous versions and also the speed of copying files has been increased.

Some of the advancements made in the newest APFS are:

However, when you format your Mac, this encryption feature may not guarantee to safeguard your data completely. So, always having a Time Machine backup or a reliable tool to recover data after formatting Mac in place is the best idea to secure your data.

With this new High Sierra, Apple has included H.265 video standard for the better support of 4K videos. Well, the standard H.265 has the capability to compress a video up to 40% more than that of H.264 standard. This clearly implies that the videos will consume less disk space being high definition videos.

The new video support for High Sierra will bring more than 4K support, the hardware acceleration of devices like iMac and MacBook Pro will support HEVC encoding and editing also possible.

Now for the first time, Virtual Reality can be seen on Apple devices with the support of High Sierra. Developers are no more restricted to create Virtual content, 3D and immersive gaming technology for Mac.

It is easy to use the VR headsets and applications like Steam VR, Final Cut Pro X, Epic Unreal 4 Editor, etc. for developing new 3D world.

All these privileges are restricted to the new 2017 iMac with Retina 5K display, any Mac device included with an external GPU and the upcoming new iMac Pro.

One of the frequently used app on Mac is Photos. Now with High Sierra, it looks like Mac users may find interesting to spend some more time with it. The Photos app on High Sierra will be comprised of better organization, live photos, and a modified Memories group. In addition to these qualities, there is one more useful feature that lets one to identify who’s in your photos with a great accuracy.

High Sierra also brings latest powerful high level tools that helps you in better adjustments of your snapshots. The new attributes included in the Photos app are – Curves Palette for fine adjustments of color and contrast aspects, a selective color dropper, and new filters that lets your photographs to get fit into art gallery.

# Safari - as the world’s fastest browser

Whenever Apple releases the new version of operating system, its browser gets tunes up. But this time the enhancements that have been implemented on Sierra will actually make Safari as the Speedier and Smartest Browser.

The two most important advancements we can see on a new Safari are – the Autoplay option on videos has been blocked that helps in finding out which sites are delivering unwanted videos and then pause them for you. Along with this improvement, the Safari on High Sierra brings an intelligent tracking system which detects and removes the bluff ads that tracks your online activity and responsible to irritate you with dozens of ads every time you come online.

There are some more changes you can expect to the apps that you use in day to day life with High Sierra. Here are those:

When is the software release?

Well…Apple has already presented High Sierra’s preview at WWDC (Worldwide Developers Conference) in California. And the software with all the new core technologies will be launched to the public in this coming autumn (September).