Why is File System of your USB Drive Important

One of the most annoying issues in using a USB drive is when you can’t add any desired files from your computer. The drive denies adding the file and the reason would be incompatible file system architecture. The USB drive you are using might not have the File system as per the system or the size of the file. We will see more about this USB drive file formatting issue.

Using a USB drive can get you into the technicality of file systems, compatibility and data transfer parameters. Some of the fundamental aspects of a file system are their capacity to hold data and their compatibility with the operating system.

Basically, the three file system architectures are very much used as per the requirements and compatibility. We will have a brief look at some of the aspects of USB drive file formatting with respect to the USB drive. 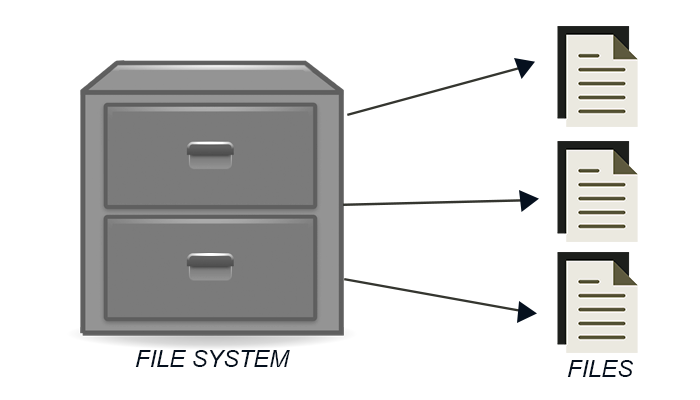 Positive - The FAT32 file system is compatible with various platforms. It gives you cross-platform compatibility. The bulk is quite low which makes the FAT32 is light weight.

NTFS file system has an inexhaustible file size limit. At the time of its release, it was said to be 16EB which later on reduced by practical parameters. But still, it can provide a huge space for the files to store. It has so many features that make the NTFS file system star of the comparison.

The exFAT file system architecture is meant for a hybrid technology of the two file systems. It is in between the FAT and NTFS file system. Thus it can be light weight and provide an inexhaustible space for files and partition.

Negative – The negative point for an FAT32 file system is its limited file size which is up to 4GB. Its partition size is also limited which is 16TB. Thus this file system limits its use. It provides less space for the files and partition.

The NTFS file system architecture has a limited cross platform capability. It functions very well with later versions of Windows and Mac but finds the problem in operating in another environment.

Compatibility – The FAT32 file system is compatible with Windows, Mac, Linux, Game consoles and devices with a USB port.

Compared to that, the NTFS file system is compatible with Windows. It gives a Read-only access to Mac and some distributions of Linux. It is most compatible with the Microsoft Xbox one.

The exFAT partition system is compatible with Windows (only XP and later) and Mac (MacOS 10.6.5). It is also compatible with Android and you can use it in Linux using Fuse.

Why Does the USB Drive File Format Matter?

There are various factors that make USB drive formatting selection very important. Factors like compatibility, fineness in operation, allowed storage space etc play a vital role. A proper selection of file system allows you to use the USB drive smoothly in an operating system.

If you are using the drive to some of the previous versions of Windows, you have to use the proper compatibility with respect to the file system supported by it. There are various instances when we have to use the same USB drive on various platforms. This makes it problematic to use the USB and the data stored in it may face threat. At times you may need to perform recovery of USB drive partition in case of missing data.

To cut it short, these file systems have their own significance in various platforms. But to conclude, we would consider the two file systems for modern world computers. If you intend to use the USB for a large volume of data and faster execution in recent operating systems, go for exFAT. If you want to use your USB in old systems, you preferably use the FAT32 file partition system. And for drives to be used for the large volume of data in Windows and to be read only by Mac, you can use NTFS file system.

The issue with a file system of your USB is now clear. You can make use of the above file systems partition in your USB drive to use it on different platforms.

Why is File System of your USB Drive Important was last modified: December 9th, 2019 by John Harris