Utilize Remo Recover software to safely recover files deleted or lost while moving from one location to another or from one device to another. Download this tool which easily recovers 300 file formats lost or deleted such as text files, PDF files, Microsoft Office files, photos, videos, audio, etc.

“I was cleaning up My Desktop by moving the folders containing pictures and files to My Documents using drag and drop option. While moving files, all of a sudden my Windows computer stopped, and the file transfer process ended. I even waited for it to respond but it didn't, so I eventually just right-clicked on the folder in the taskbar and clicked Close and then End Now. But after I restarted my PC, the folders that I dragged from the desktop claim to be empty. I have no idea how to recover files lost while moving; any help would be greatly appreciated. Thanks!”

It is disheartening to lose files while transferring them from one folder or device to another. Most of the users encounter such instances due to sudden interruptions. When you move files using the cut and paste (Ctrl + X) command, the files get automatically deleted from the source location once you moved them to the destination folder or drive. But due to interruptions, you can lose while on both drives.

As soon as you lose files while moving, STOP using the system or external storage drive like USB or SD card on which you lost your photos or files. During such a data loss scenario, the space occupied by the files will be marked as ready to be overwritten. However, these lost files still exist unless you don’t add new files in the same location where the lost files previously existed. Further, using the device can overwrite your lost data and it can also make recovery impossible.

Can moved files be recovered?

Yes, lost files while moving can be recovered. Make use of Remo Recover (Windows/ Mac) which is a complete software that lets you recover all your files and photos lost while moving from/to the computer or any storage device.

Situations That Leads to Loss of Files During Move

There are various ways in which you can move files from one location or device to another on your system. One extensively used method is the cut and paste option that can be accomplished either using Ctrl + C / Ctrl + X and Ctrl + V commands or directly using the right-click menu options Cut and Paste. Otherwise, you can just drag the folder to be moved and drop it at any location of your choice.

While performing these actions, if any interruption occurs before completing the file transferring (pasting) process, then you will lose files for sure. Some of the causes or interruptions are listed below:

Due to these interruptions, you might lose your important files. But there is no need to worry, as this Remo File Recovery tool lets you recover lost or disappeared files due to any data loss scenario. The utility is result-oriented and works independently of the situation behind the data loss, hence, it could easily restore all your files lost during move.

How To Recover Lost Files While Moving?

Step 1: Download and install Remo Recover software on Windows or Mac system to recover lost files during transferring to another device or disk.

Step 2: Launch the tool, select the drive from which you have lost files and click the Scan button. 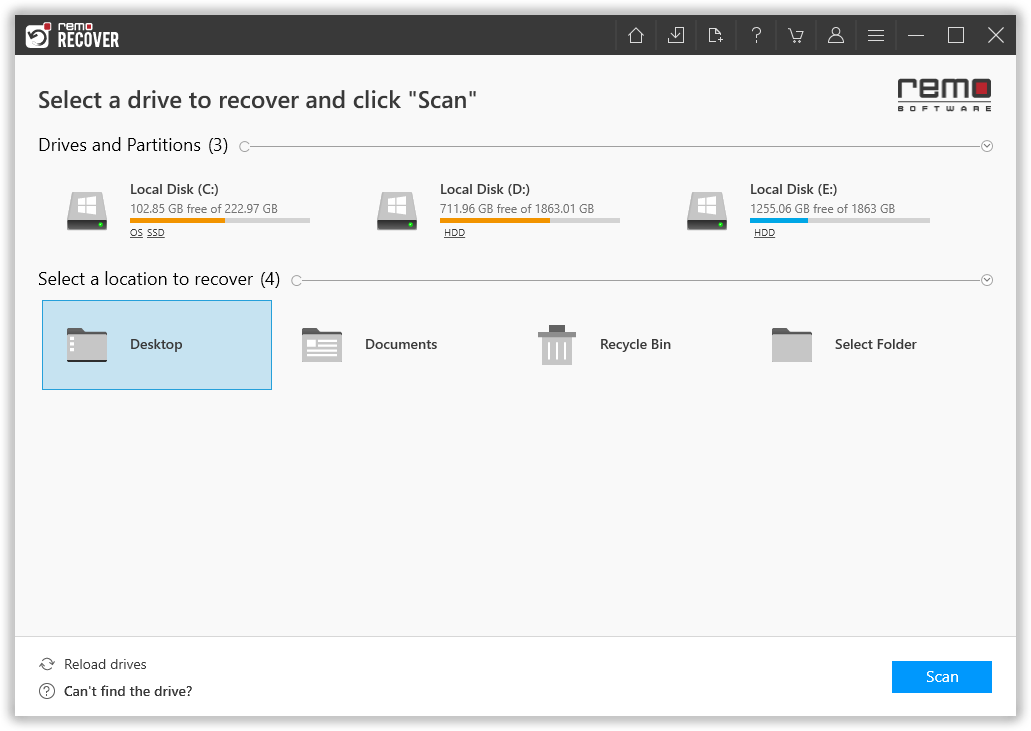 Step 3: During the scanning process, click on the Dynamic Recovery View option to preview the files while the recovery is in process. 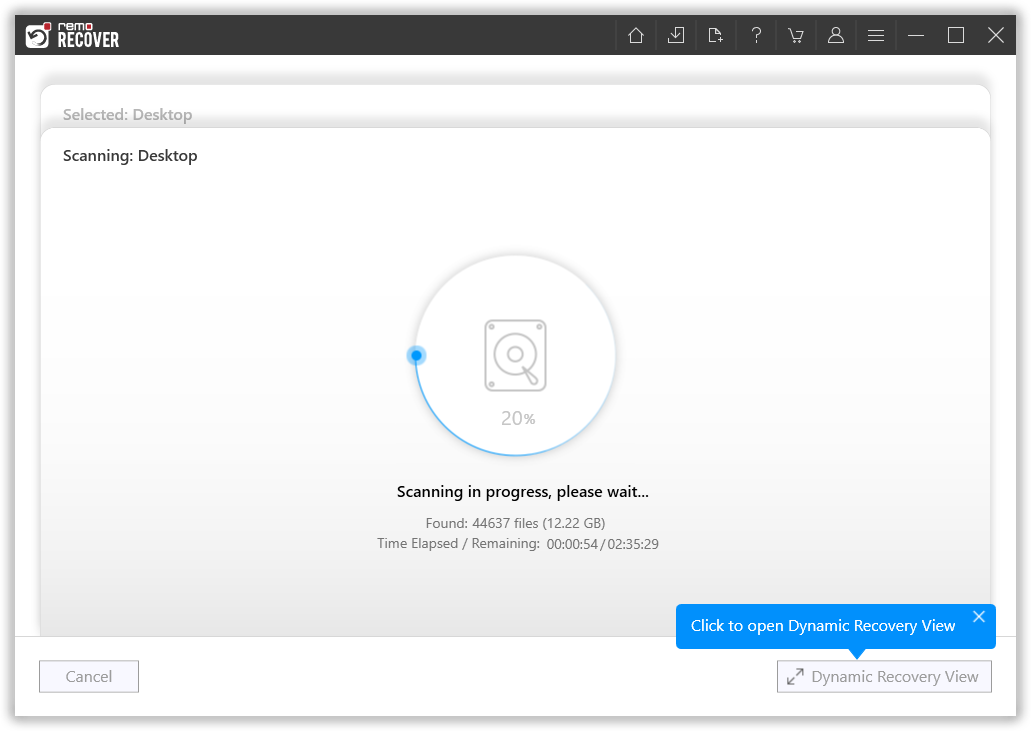 Step 4: Select the file that you want to recover and double-click on it to Preview the recovered file which was lost while moving. 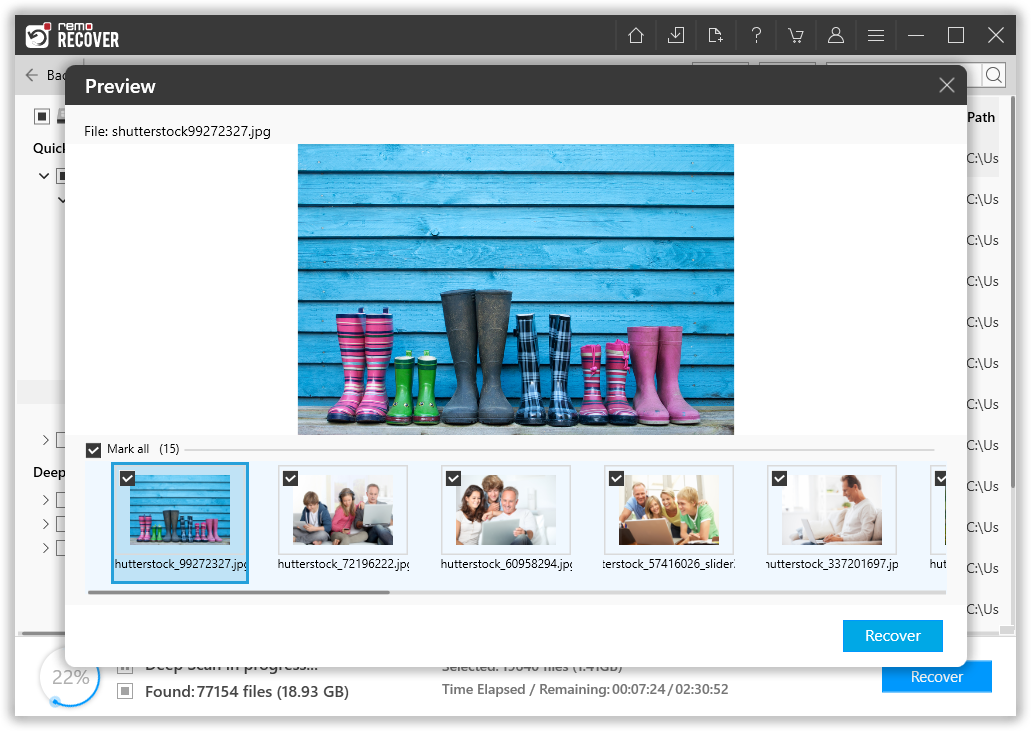 Step 5: While the scanning is in progress the software displays all the recovered files from the computer in the Lost and Found folder or Lost Partition folder as and when they are recovered. 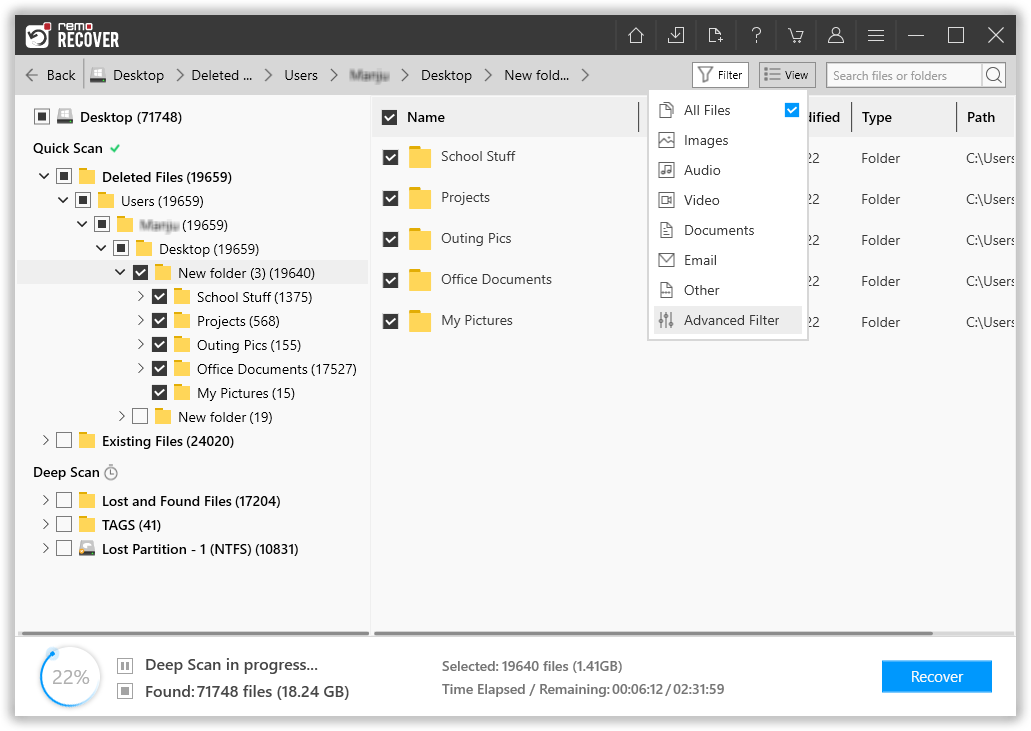 Step 6: Select files that you want to recover and click on the Recover button to save them at any destination of your choice. 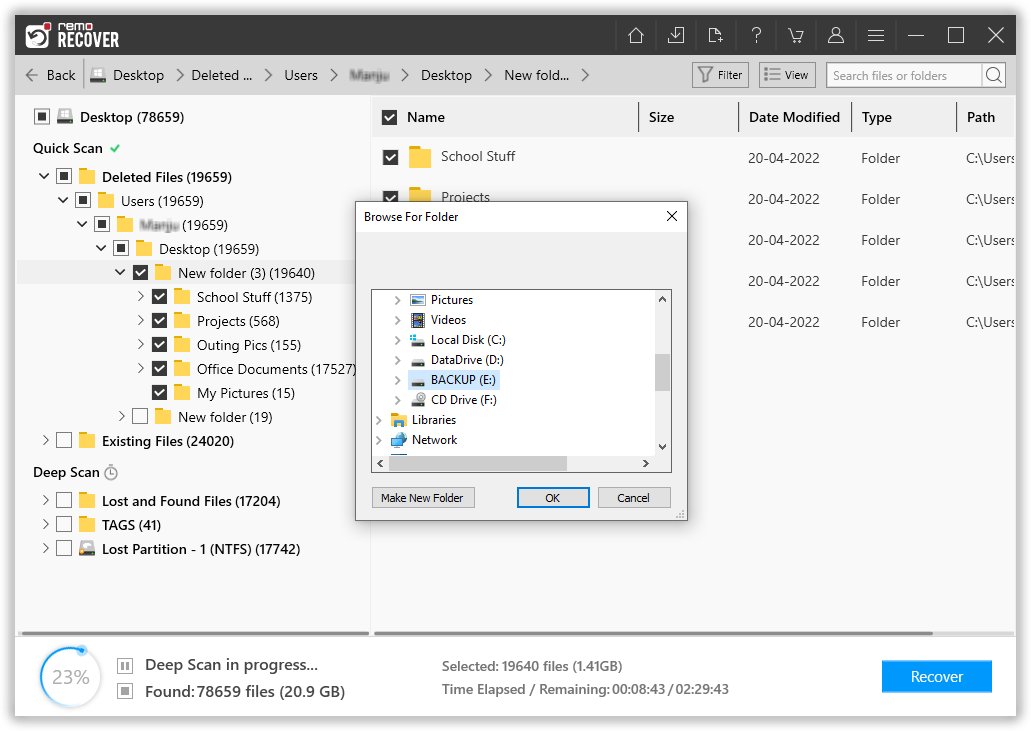 Remo Recover (Windows/Mac) is a tool that can effortlessly restore lost files in just a few clicks. The tool has been designed with powerful scanning engines that let you restore all your lost files with high precision without causing any damage to your files. some of its features are as listed below

Copyright © Remo Software, All Rights Reserved. All other trademarks acknowledged