How To Recover Video From JVC Everio?

Utilize Remo Recover, which is a proficient video recovery software to restore lost or deleted videos captured from JVC Everio or any other camcorders, cameras, etc. This tool is compatible with all the latest versions of Windows and Mac operating systems.

Irrespective of the above impressive features, at times videos saved in the SDXC/ SDHC card of a JVC Everio camcorder might get deleted or lost due to different reasons.

What are the reasons For Video Files Loss Or Deletion From JVC Everio Camcorder?

Before you recover deleted video files, let us understand the common scenarios under which your videos might get deleted from JVC camera.

How To Recover Deleted Videos From JVC Everio Camcorder? 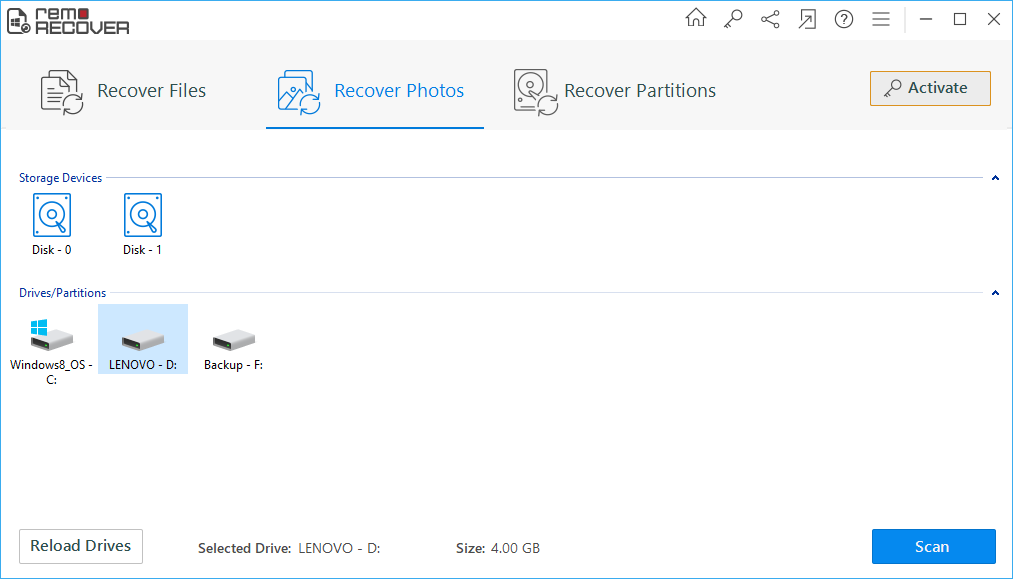 Alert: You can only recover deleted videos from JVC Everio's external drive like SD card/ MMC card and not from the internal hard drive as it cannot be accessible to the data recovery software.

Copyright © Remo Software, All Rights Reserved. All other trademarks acknowledged