Windows Media Player is a renowned media player program developed by Microsoft. This media library application is used to flawlessly play audios, and videos of various file formats on the Windows operating system including the latest Windows 10.

What are the possible reasons for videos not playing in Windows Media Player?

Window Media Player cannot play MP4, AVI, WMV, or MP3 files if it encounters a problem which can be due to various reasons. Such as;

2. If you can’t play certain video files then the reason is incompatible video format and codec.

3. Previously you could play a video file but now you can’t play that same file, then the problem is due to recently upgraded Windows media player or installing updated software or upgrading your operating system

4. Incomplete or improper download/ transfer of video files can also be the reason for videos not playing

How to fix Windows Media Player encountered a problem while playing the file?

Find here a complete guide to fix Windows Media Player encountered a problem while playing the file with the help of below 6 proven methods.

Utilize the Remo Video Repair which is Powerful yet user-friendly tool exclusively designed to fix corrupt, damaged, or broken MP4, MOV, AVI, and many other video file formats. This tool works with the advanced video repairing algorithms to fix video causing the Windows Media Player error while playing the file in just a few steps.

step 2: Click the Select File option to choose the corrupt video file which is not playing on the Windows Media Player. 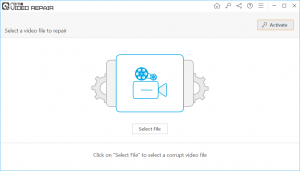 Note: To repair MOV or MP4 video, you need to provide a healthy video as a reference file, and repairing AVI video does not require any reference file. 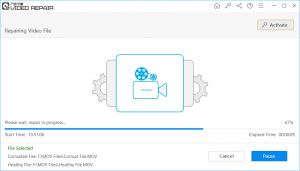 Step 4: After the end of repairing process, you can preview the repaired video for free and click the Save option to save the playable video on a location of your choice. 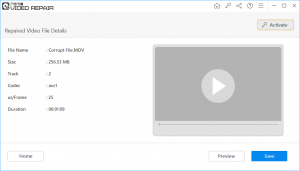 Some of the codecs supported by Remo Video Repair software are as follows:

Step 1: Go to Control Panel and select Programs and Features. 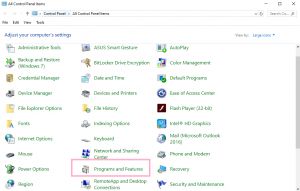 Step 2: Now, click Turn Windows features on or off at the left side of the screen. 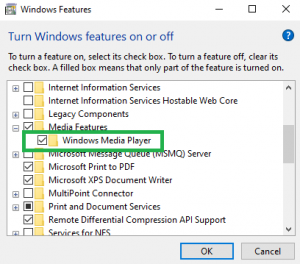 Step 4: Now, restart your Windows computer and go back to the Media Features list to check
Windows Media Player to play your MP4, AVI, or WAV files without any problem.

The previous versions of Windows didn’t support many file formats or codecs, in order to solve those issues Microsoft releases updates every now and then.

Codecs are crucial to compress and decompress videos or audio files while playing on Windows Media Player. Due to an unsupported codec, WMP cannot play your file. 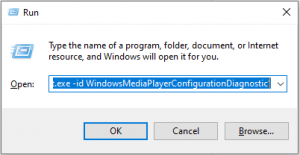 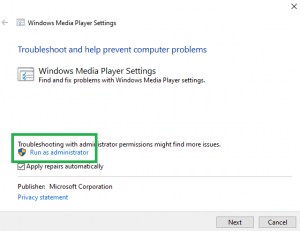 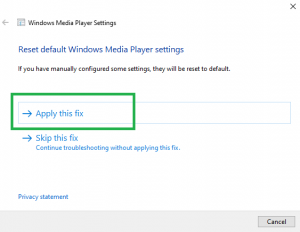 In case, If you are unable to fix Windows Media Player encountered a problem even after performing the above Windows troubleshooting method, then move on to the next method.

You can fix Windows Media Player encountered a problem by disabling WMP Network Sharing Service, here’s how to do it:

Note: In case, if the service status is running, then click the Stop button.

After you perform this method, verify if your Windows media player is still encountering the problem while playing the MP4, AVI, or WMV file.

Fixing Windows Media Player error while playing the video file is easier using the above reliable methods. However, if the WMP encountered a problem is due to the corrupt file, then you can make use of the Remo Video Repair software to fix the corrupt video.