The latest big update rolled out by Microsoft after Windows 10 is Windows 11, it is a free upgrade from Windows 10. Microsoft claims it to be the most secure Windows until now with the Trusted Platform Module 2.0 or TPM 2.0.

You can manually install Windows 11 on the systems compatible or supporting Windows 11 upgrade. However, upgrading manually means giving up on official future updates or modifying ISO files to remove security checks. Nevertheless, the minimum system requirements for you to upgrade are quite a bit higher edged as listed below:

Do you have what it takes to upgrade to Windows 11?

Here are the system requirements you must qualify, when you want to upgrade to Windows 11:

Is it a good idea to upgrade to Windows 11?

The only question that's running in users' minds regarding Windows 11 is, Should you update to Windows 11? To answer that we are going to provide the information regarding what Windows 11 is offering you if you choose to upgrade to it? 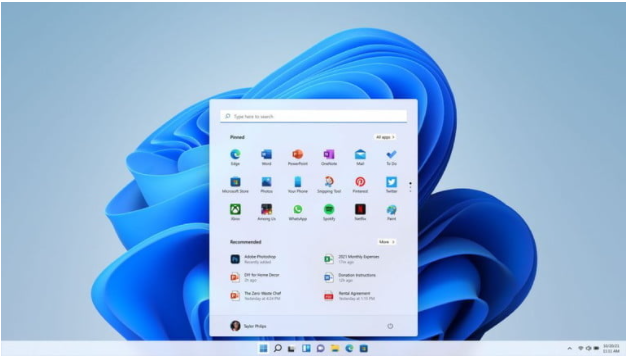 The Start Menu in Windows 11 is simpler. You see a static list of apps, and then documents that you frequently use below them. You can scroll through the list of apps and pin apps as you choose.

Live Tiles are not supported in Windows 11. If you want to see information in your Start Menu at a glance, then Windows 10 is better.

The Taskbar has been redesigned in Windows 11. Microsoft has collapsed the Search Box into an icon and removed the Cortana functions. If you want Cortana, you can download the app.

Search has moved to the center of the screen, with a floating design and tabbed layout very much similar to Windows 10.

The major focus of Windows 11 has to be multi-tasking, as it includes Snap Layouts, Snap Groups, and the functionality to gather layouts for multiple displays. All these might seem like minor edits but adds up great for an amazing multitasking experience. 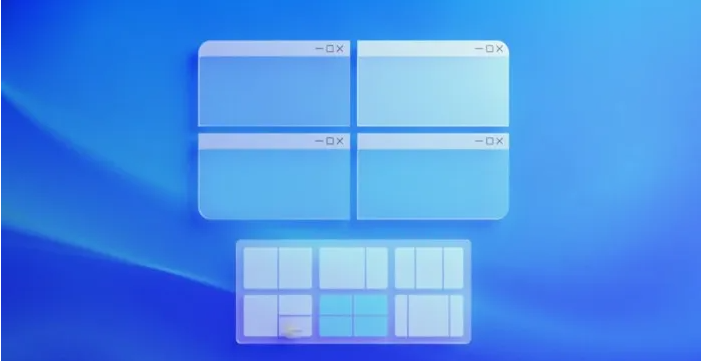 The realities of the pandemic made video-conferencing more important than ever. Microsoft Teams has been directly integrated into Windows 11. This has been the biggest help to office mongers as Teams had issues going down begging of work-from-home. Though integrating Skype would have been a better option.

Windows 11 brought some great features that Windows 10 didn’t include. With the new design and functionality, it had made a great noise. One of such features is installing Android Apps on Windows 11.

Windows 11 will offer support for Android Apps on Windows through Amazon Appstore. It will also be integrated into the Taskbar when in use. You can use your other APKs by the side according to some App developers.

As everyone knows Solid State Drives or SSDs are designed to make systems faster, but modern games are not designed to utilize all the extra space. Hence the Xbox and PS5 series consoles are going to be built on top of NVMe SSDs as a baseline.

Note: You can also upgrade to SSD from HDD without reinstalling Windows to make Windows 11 more compatible with your system.

The DirectStorage API, promises to cut load times for games if game developers implement it. DirectStorage brings this technology to Windows perhaps only to make it available on Windows 11.

Although HDR can add quite a lot to games, the majority isn’t supported by all games. Makes sense since HDR can be complex and overwhelming.

The good news is that Windows has taken the Xbox’s Auto HDR technology and it is going to be applied to all DirectX 11 games running on this OS. This will make a few games look incredible with any extra work needed by developers.

7. The Support of DirectX 12 Ultimate:

DirectX 12 Ultimate has to be the next-gen gaming feature on Windows, significantly for games that use real-time X-ray tracing and Mesh shading. This provides the highest graphic settings and in-game framerate.

On Windows 10 and Windows 11, the Microsoft store works in the same way. Microsoft added support for Android apps via the Amazon Appstore to Windows 11. You won’t get that in Windows 10 because Windows 11 depends on a new Windows Subsystem for Android.

On both Windows 10 and Windows 11, the store lets you download both Windows apps, UWP apps, and also Progressive Web Apps. However, Win32 apps like Firefox are only available on Windows 11 for now.

Also read: How to upgrade to Windows 11 from Windows 10?

9. Last but not least- Compatibility:

For many users, the difference between Windows 10 and Windows 11 comes down to compatibility. Windows 11 needs an Intel Core 8th-generation processor or an AMD Ryzen 2000 processor or above to perform better and keep away from bugs.

However, if all this didn’t interest you and you’re still wondering whether to get this version of Windows on your system. Let us answer this straight-out!

Do I need to upgrade to Windows 11?

You might consider upgrading to Windows 11 if you have a new system installed with Windows 10 but the system supports the requirements of Windows 11. As Microsoft has designed Windows 11 for newer systems, not upgrading may lead to performance issues and bugs.

If you’re someone who wants to be one step ahead when it comes to security, here’s where Windows 11 will serve you well. If you’re still questioning yourself with should I switch to Windows 11, then the answer is Yes! You should.

Although, Microsoft will send security updates for Windows 10 till October 14, 2025. While wanting to get ahead of the race Windows 11 has a great security base when compared to Windows 10.

Yes! There’s the chance that you can go back from Windows 11 to Windows 10, with help of two approaches.

First, you’ll get 10 days' time to revert back to Windows 10 using built-in tools. Second, you can use the Image backup taken prior to the upgrade or you can reinstall Windows 10 from the scratch. You can also make use of Remo Recover Windows to take an effective backup of your data before you reinstall it.

To conclude, these are some of the ultimate features that Windows 11 upgrade is bringing with it. Comment below and let us know, what are you looking forward to the most in Windows 11?