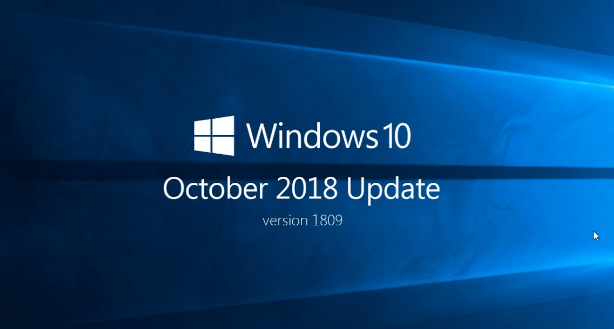 After a lot of buzz around the anniversary update, also referred to as the October 2018 update is now finally available for download. There are a lot of users who already installed the update and a few bugs are being reported on various social networks like Reddit, Twitter and numerous other forums.

One such issue that is causing a lot of panic and apprehension among the users is the deletion of user directory information or personal files like music, documents, files and other media soon after the October update installation. Hence we shall discuss all the concerns raised over the update and learn how to recover lost data after Windows 10 upgrade in the following subsections.

More about the October 2018 Windows update

Although the update will be rolled out in the form of prompt after October 9th of 2018, users can still upgrade from the Install Now option from Windows Update tab or Media creation tool from the Microsoft Download Center.

Note: Due to a number of functionality deviations reported after recent update, it is strongly recommended to take a complete backup of your Windows computer before installing the update.  If you are still unsure about the backup consisting all your files, Microsoft lets you delay the Windows update up until 365 days without stopping your security updates.

The following are the various scenarios reported after the upgrade to build 1809 of Windows 10:

According to a user’s post in Twitter, the documents saved in the user directory that is users/JohnDoe and not on OneDrive, the update has resulted in the deletion of everything in the location with the above mentioned root directory.

According to a user’s post on Reddit, data loss has happened on two of his Windows 10 pc’s. The lost data included photos and documents from past five years. The Reddit user has explicitly mentioned that he did not find the lost data in OneDrive or windows.old folder.

One of the other issues caused by the October update involved the excessive processor usage of the computers that have older version of Intel audio display driver (intcdaud.sys) ranging from 10.25.03 to 10.25.08. As a result the battery life of these computers has also reduced. However Microsoft has already identified the issue and blocked the update for respective computers that are anticipated to have the above mentioned driver versions.

Can lost data after the update be recovered?

The peculiarity of this particular data loss scenario is that none of the users who have lost data after the upgrade were able to find the lost information neither in “Windows.old” folder nor the “Recycle Bin”.  The lost files are not redirected either to OneDrive or any other local storage. People have also tried system restore which never worked in any of the reported cases.

Since the major worry remains to be data loss, this challenge can be confronted by using advanced data recovery program. You no longer have to regret not backing up your computer. Just use the steps tutorial in the next section of this article to recover Windows and get back your lost data without any hassle.

Lastly, the consequences after the update seem to be too random and do not follow any patterns to predict abnormality. The previous cases of random file deletion after upgrade to Windows 10 as a reference have also turned out to be a dead-end. Therefore the wisest action would be to delay the update and wait for Microsoft to roll out the patch to fix the reported concerns of Windows users all around the world. Hopefully, the October 2018 update is reassuring.